As an artist, Bascha Mon ‘s approach to her work is both additive in process and intuitive in nature. Paintings, monotypes and sculptural installations evolve from the interaction of media and narrative, sometimes subtly, sometimes explicitly. Recent works in encaustic relate both to the layering of brush strokes of color in her early paintings as well as to the use of robust colors which developed in the later series of plaster heads. While one series of installations reflects a trip to Japan and the impact of its visual traditions upon her, another combines sculptural heads with a collection of small painted chairs, tapping into our experiences of the world as children. As her work continues to evolve, it references both painterly and sculptural concerns and, as always, the world which she inhabits.

Having come to teaching later in life, Bascha Mon has brought a wealth of information to her students along with a love of all things visual, so evident in her own work. Her receptivity to other cultures, the performing arts, and nature, along with her own personal background, have been combined with the need to creatively express these experiences .Most significantly, she has been able to pass this enthusiasm along to her students, often using experimental approaches to develop their innate talent and to stimulate their own explorations. By presenting the unexpected, the ordinary is re-evaluated and becomes something other than what it was.This can take the form of using touch, smell, sound and taste to stimulate creativity, or collaborative efforts which enable students to interact and enlarge their individual experiences in the creation of a new image. Students are also constantly exposed to other artists whose works seem pertinent to their own explorations of form, color or ways of looking at the world. Bascha Mon has encouraged her students, not only to look and see, but to develop and accept their own creative voices. 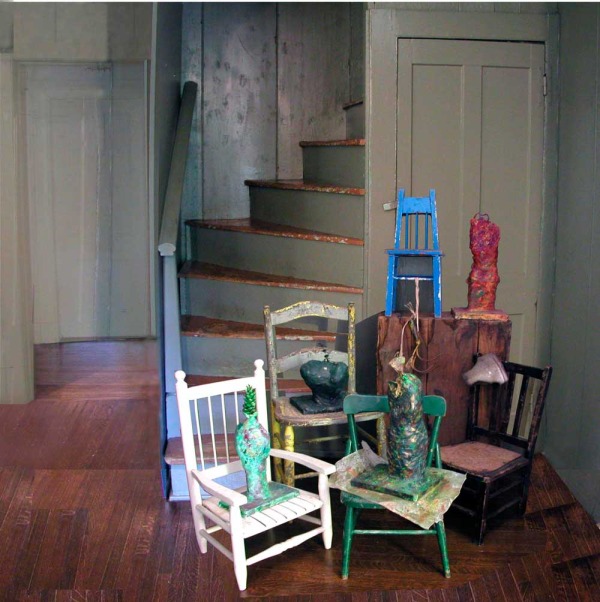 Warning: file_get_contents(index.php): failed to open stream: No such file or directory in /home/areed622/public_html/baschamon.com/wp-includes/plugin.php on line 446